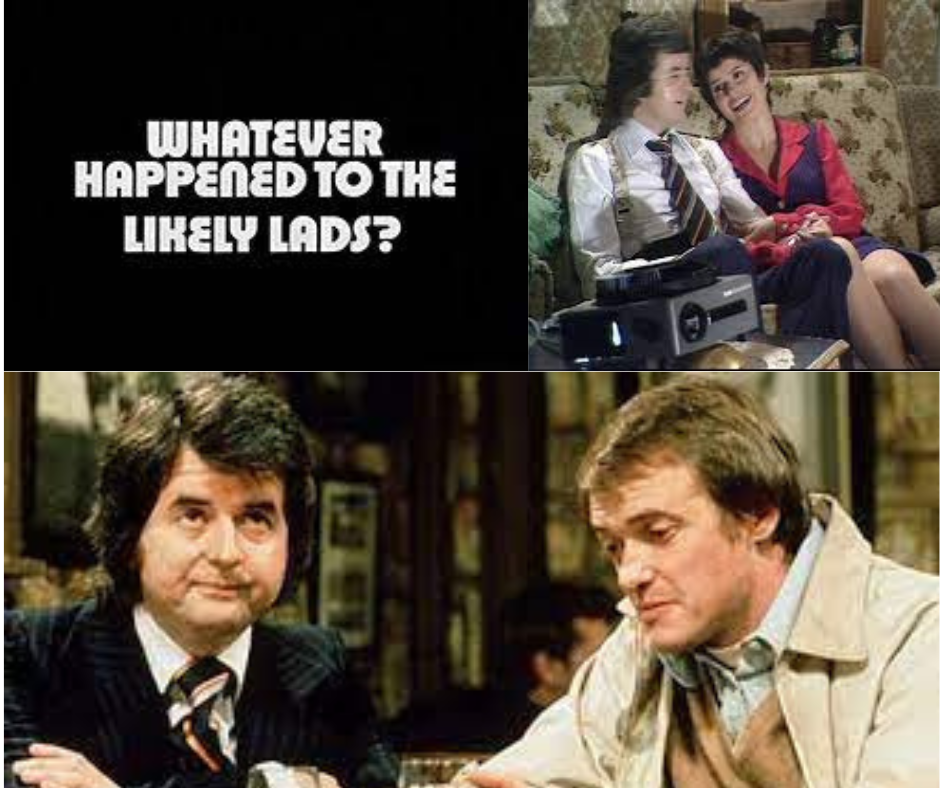 Welcome back to the podcast which celebrates growing up as a child in 1970’s Britain and the central part that television played in our lives then.

The 70’s marked a time of change for Britain when huge numbers of people moved from traditional, industrial city centres to new housing estates with aspirations to join the middle classes. TV reflected this cultural shift and Whatever Happened to The Likely Lads? captured this perfectly. Brilliantly scripted by Dick Clement and Ian La Frenais, the show followed two life long friends, Bob Ferris (Rodney Bewes) and Terry Collier (James Bolam) as they slowly realise that the days of their youth are behind them and that they may have been the best years of their lives.

We remember trying to avoid finding out the football scores before the highlights were on TV and how ubiquitous and dull people’s holiday slides were.