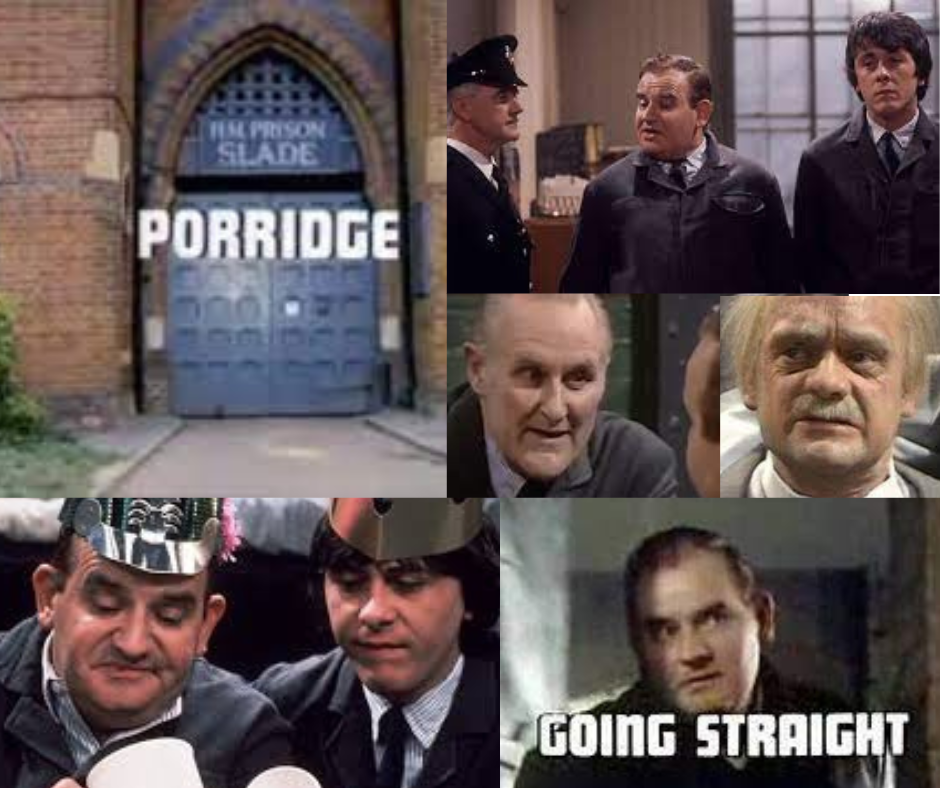 Welcome back to the podcast which is a safe space for those wanting to reminisce about growing up as a child in 1970’s Britain and the central part that television played in our lives then.

In this episode we return to the work of Dick Clement and Ian La Frenais as they chronicle the life and times of Norman Stanley Fletcher in prison based sitcom Porridge and its less well remembered sequel Going Straight. We remember the chemistry between Ronnie Barker and Richard Beckinsale, the fearsome Mr McKay and the benevolent Mr Barraclough and the host of great supporting characters like Grouty and Blanco. We also remember the government’s campaign to scare little children into avoiding railway lines, farms and building sites by linking them to violent, immediate death.