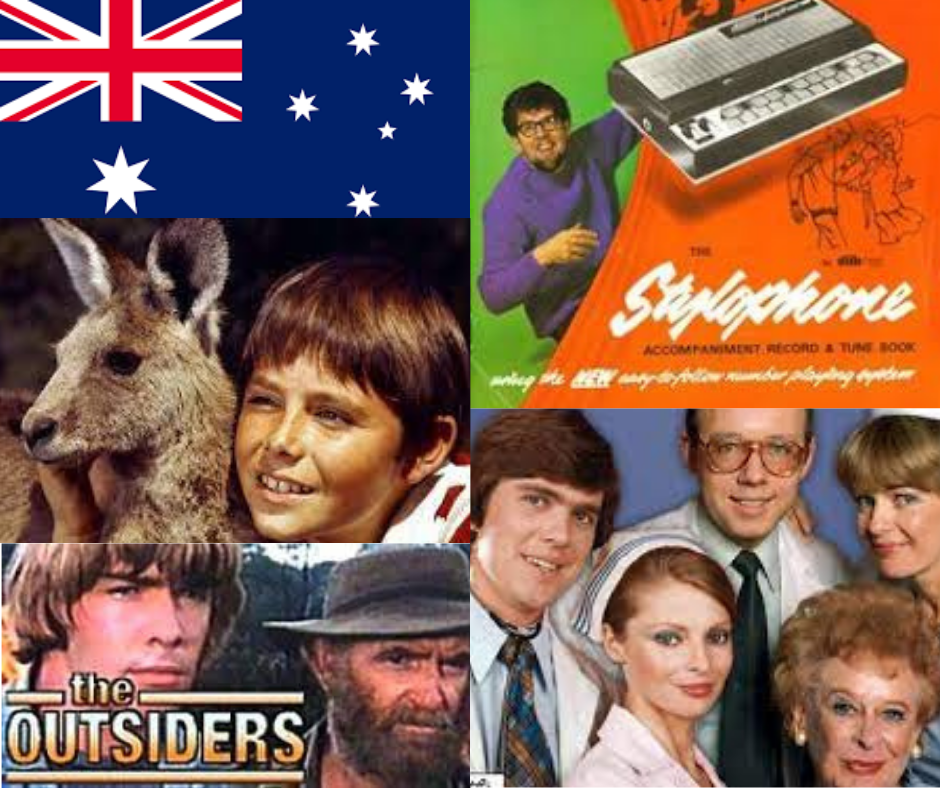 Welcome back to the podcast which celebrates growing up as a child in Britain during the 1970’s and the central role that TV played in our lives back then.

In this episode we remember how we viewed Australia before Crocodile Dundee, Neighbours and Home and Away made it so glamorous and desirable and before it became the place to go on your gap year. In the 1970’s it seemed like a far away place which was a bit like the UK but not quite the same. We remember Aussies on TV like Rolf Harris and Dame Edna Everage, share happy memories of Skippy, the Bush Kangaroo and more gritty shows like The Outsiders. And we look at the early Aussie soap The Young Doctors.