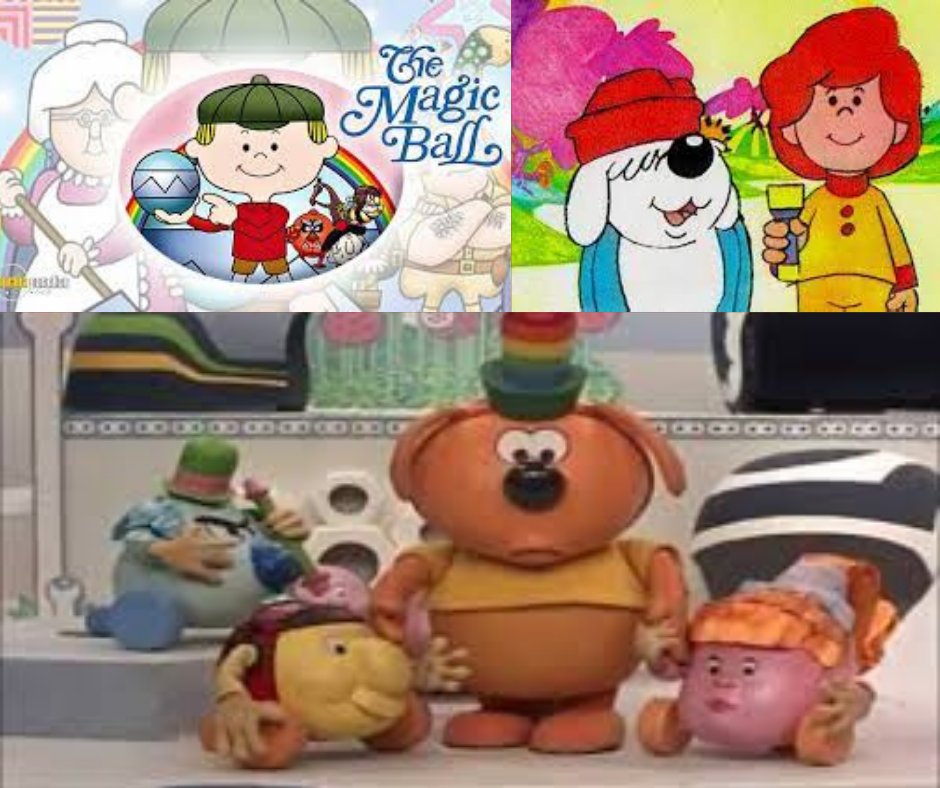 Welcome back to our podcast celebrating growing up as a child in 1970’s Britain and the central part that television played in our and our families lives then.

In this episode, our host Oliver attempts to address what some listeners have identified as bias against ITV children’s programmes of the 70’s so we remember how much cooler Magpie was than Blue Peter and we look at the early work of animators Brian Cosgrove and Mark Hall including the opening credits to Rainbow, The Magic Ball (which we all thought was really called Sam and the Magic Ball), the absolutely bonkers Chorlton and the Wheelies and Jamie and the Magic Torch. What 1970’s kid wouldn’t want a route to adventures in a fantasy land from their bedroom via a huge helter skelter?